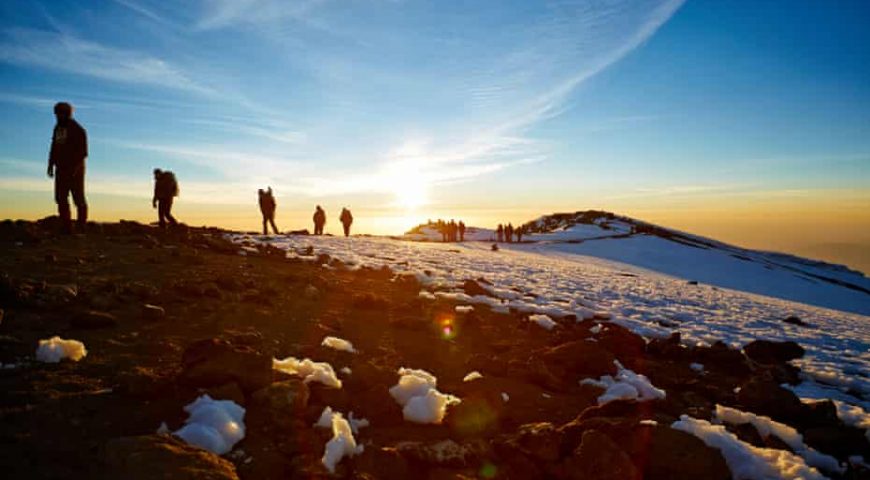 The Rongai route is the only route that approaches Kilimanjaro from the north, close to the Kenyan border. Though gaining popularity amongst climbers, Rongai has low traffic. It is the preferred route for those looking
for an alternative to the crowded Marangu route, for those who would like a more remote hike, and for those who are climbing during the rainy season (the north side receives less precipitation).

You will require six to seven days

Although the scenery is not as varied as the western routes, Rongai makes up for this by passing through true wilderness areas for days before joining the Marangu route at Kibo camp. This route descends the Marangu route. Rongai is a moderately difficult route and is highly recommended, especially for those with less backpacking experience.

This is a short, steep, and direct route. It is considered to be very difficult and is the most challenging way up the mountain. Due to the quick ascent, Umbwe does not provide the necessary stages for altitude acclimatization. Although the traffic on this route is very low, the chances of success are also low.

You will require six to seven days

The Umbwe route should only be attempted by those who are very strong hikers and are confident in their ability to acclimatize. However, overall, the Umbwe route is not recommended and we discourage its usage for our clients.

The Northern Circuit Route is the newest, most exciting route on Kilimanjaro. The trek follows the Lemosho trail in the beginning, approaching Kilimanjaro from the west. However, instead of following the southern traverse like all the other west-approaching routes, the Northern Circuit traverses the mountain around the quiet, rarely visited northern slopes.

The Northern Circuit route is a nine-day climb, which is the longest route in terms of time and distance traveled. The days spent at around 13,000 feet are great for acclimatization, resulting in the highest success rates for all routes on Mount Kilimanjaro.

With a high success rate, incredibly varied scenery, and a very low number of visitors, the Northern Circuit route is certainly one of the best routes on Kilimanjaro.

The Shira route is another path that approaches Kilimanjaro from the west, and it is nearly identical to the Lemosho route. Shira was the original route and Lemosho is the improved variation. While Lemosho
starts at Londorossi Gate and treks through the rain forest to Shira 1 Camp, the Shira route bypasses this walk by using a vehicle to transport climbers to Shira Gate, located near the Shira Ridge.

On the first day on the mountain, climbers begin their hike from 11,800 feet (3,600 m) and spend their first night at the same elevation at Simba Camp. Then, the route merges with Lemosho and follows the southern circuit route.

Although Shira is a varied and beautiful route, Lemosho is recommended over Shira due to the relatively high altitude of Shira’s starting point, which is accessed quickly by vehicle. Climbers may experience some altitude-related symptoms on the first day while camping at 11,800 feet.

This is one of the newer routes on the Mountain. It begins in the west and rather than simply intersecting Shira Plateau and crosses it from Shira Ridge to Shira Camp. Climbers encounter low traffic until the route
joins the Machame route. Afterward, Lemosho follows the same route through Lava Tower, Barranco, and Barafu, known as the southern circuit.

You will require six to eight days.

Lemosho is considered the most beautiful route on Kilimanjaro and grants panoramic vistas on various sides of the mountain. It is our favorite route because it offers a great balance of low traffic, scenic views, and a high summit success rate. Thus, Lemosho comes highly recommended.

It is now the most popular route on the mountain. Compared with Marangu, the days on Machame are longer and the walks are steeper. The route is considered difficult and is better suited for more adventurous folks and those with some hiking or backpacking experience.

The route begins from the south, then heads east, traversing underneath Kilimanjaro’s southern ice field before summiting. You will require a minimum of six days.

The Marangu route is a classic trek on Mt.Kilimanjaro. It is the oldest and most well-established route. It is favored because it is considered the easiest path on the mountain, given its gradual slope. It is also the only
the route which offers sleeping huts in dormitory-style accommodations.

The minimum number of days required for this route is five, although the probability of successfully reaching the top in that period is quite low. Spending an extra acclimatization day on the mountain is highly recommended when using this route.

The route has the least scenic variety of all the routes because the ascent and descent are done on the same path and it is the most crowded route for that reason. It is favored only during the rainy season, where the hut
accommodations are preferred over wet ground, or for those who only have five days to climb Kilimanjaro.