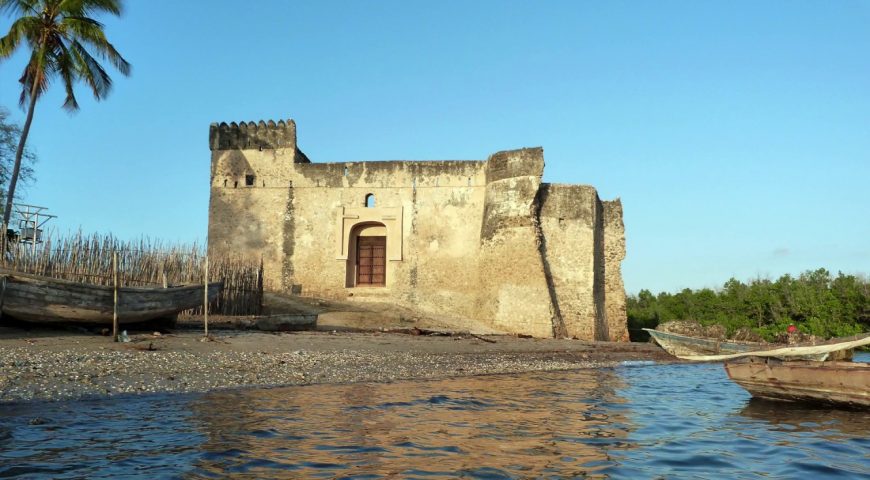 Kilwa Kisiwani is a community on an Indian Ocean island off the southern coast of present-day Tanzania in eastern Africa. Historically, it was the
center of the Kilwa Sultanate, a medieval sultanate whose authority at its height in the 13th-15th centuries stretched the entire length of the Swahili
Coast.

It is located about 70km in northern part of Dar es Salaam city. Here you’ll find the old German boma, built in 1897, and Liku House, which served as the German administrative headquarters.

-There is also a school, which dates to the late 19th century and was the first multiracial school in what is now Tanzania.

-On the beach is the German customs house (1895); Bagamoyo’ s port, where you can watch boat builders at work; and a busy fish market (on the site of the old slave market).